The most valuable function of the currently under construction Sea Orbiter is, imo, the ability to deploy and recover a deep diving submersible from 50 feet below the water line. The lowest deck is an ambient pressure habitat from which divers, and the sub, can freely come and go. This eliminates the most common cause of cancelled sub missions, violent surface weather. It also means, potentially, that the Sea Orbiter will be able to transfer crew and samples between various next generation ambient pressure underwater labs around the world. The submersible could be piloted from Sea Orbiter's lowest deck to the moon pool module of the habitat and back again, as well as accepting divers from the habitat for transport to other similar seafloor labs, because they can be kept under pressure for the entire trip. This evades the need for decompression and provides a link between what would otherwise be isolated undersea research sites. In that sense, think of it as the Starship Enterprise, deploying a shuttlecraft to carry crew and cargo between outposts in space. 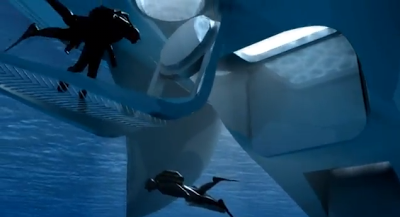 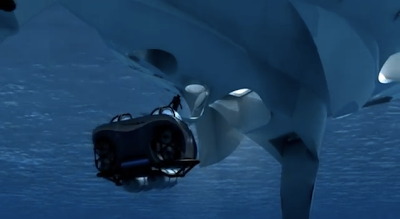 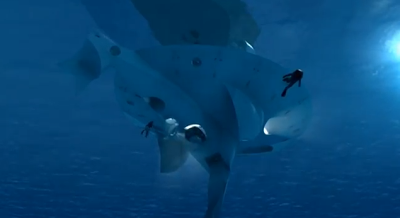